Fierce Fight Between a Mongoose and Snake 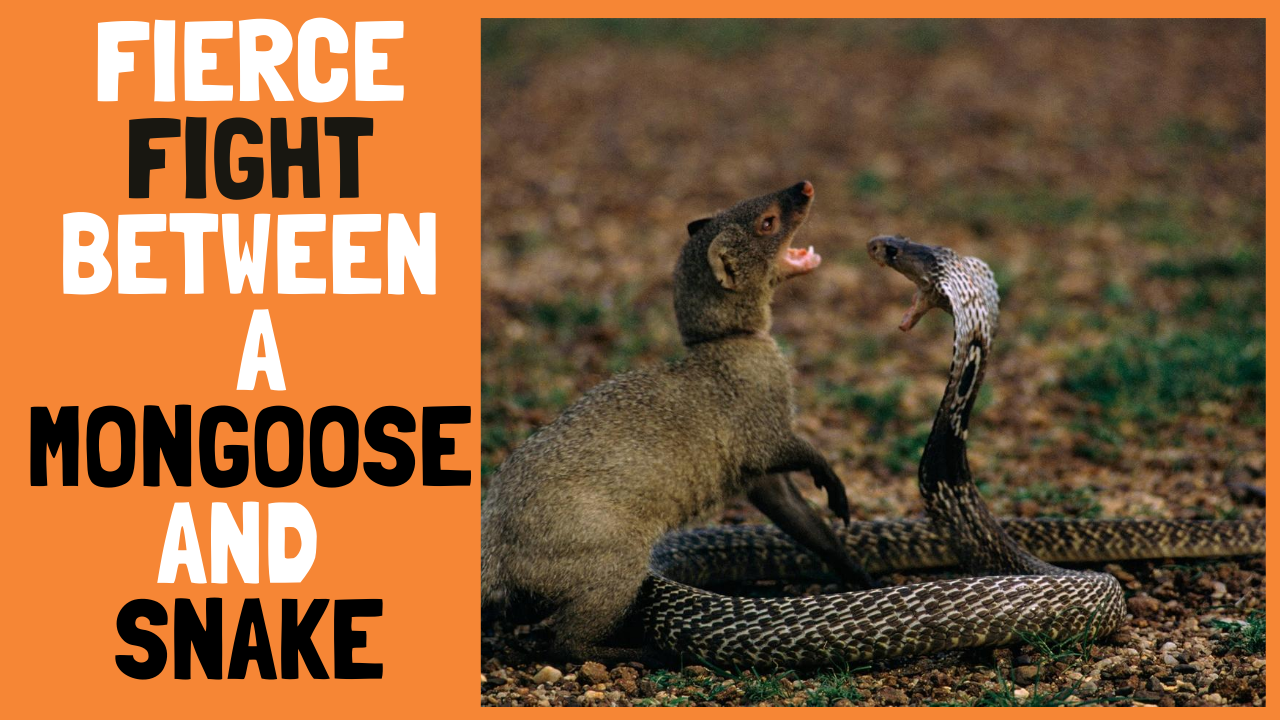 A video of a fierce fight between a mongoose and Snake, In the video, a mongoose can be seen attacking a snake on a road. Passersby can be seen waiting patiently for the fight to get over.

The 29-second video shows the snake defending itself, however, the mongoose manages to grab the snake by its neck. It runs away into the bushes with the snake in its mouth just before the video ends.

The mongoose is known for its ability to fight and kill venomous snakes, especially cobras. Their specialised acetylcholine receptors render them immune to venom, while their thick coats and quick speed also come in handy during conflicts.

Mongoose, any of nearly three dozen species of small bold predatory carnivores found mainly in Africa but also in southern Asia and southern Europe. Mongooses are noted for their audacious attacks on highly venomous snakes such as king cobras. The 33 species belong to 14 genera. The most common and probably best-known are the 10 species of the genus Herpestes, among which are the Egyptian mongoose, or ichneumon (H. ichneumon), of Africa and southern Europe and the Indian gray mongoose They are generally terrestrial mammals, but some are semi-aquatic, and others are at home in the treetops.

Mongooses are short-legged animals with pointed noses, small ears, and long furry tails. The claws do not retract, and in most species there are five toes on each foot. The fur is gray to brown and is commonly grizzled or flecked with lighter gray. Markings, when present, include stripes, dark legs, and pale or ringed tails. The adult size varies considerably, with the smallest being the dwarf mongoose (Helogale parvula), which measures 17–24 cm (7–10 inches) with a 15–20-cm (approximately 6–8-inch) tail. The largest mongoose is the white-tailed mongoose (Ichneumia albicauda), whose body length measures 48–71 cm (about 19–28 inches) long with a tail that may extend up to an additional 47 cm (18.5 inches).

Mongooses live in burrows and are nondiscriminatory predators, feeding on small animals such as rodents, birds, reptiles, frogs, insects, andworms. Some species supplement their diet with fruits, nuts, and seeds. Creative hunters, they are known to break open bird eggs by throwing them with their forepaws toward a solid object.

Famously, some species of mongoose will boldly attack venomous snakes such as cobras. The most celebrated of these is Rudyard Kipling’s fictional Rikki-tikki-tavi, based on an ancient fable and included in The Jungle Book.

Mongooses as Threats to Other Species

In the 1800s mongooses were introduced to several islands in Hawaii and the West Indies in order to control the rodent populations on sugarcane plantations. Today this effort has come back to haunt these islands as mongooses threaten the survival of various native species, particularly birds. However, in their natural environments mongooses are currently threatened themselves due to habitat loss.

WildTrails is the world’s first and only company to bring Sightings Data and analytics into planning Wildlife holidays. With all the sightings info (4 years data) we create a predictive metric called the “sighting index” that helps our customers spot where the animal is. As a traveler, you have an advantage if you book with us, as we use our “sighting index” metric to improve your Safari sightings. This Sighting index covers the sighting of Tiger, Leopard, Black Panther, Sloth bears, and other Mammals.