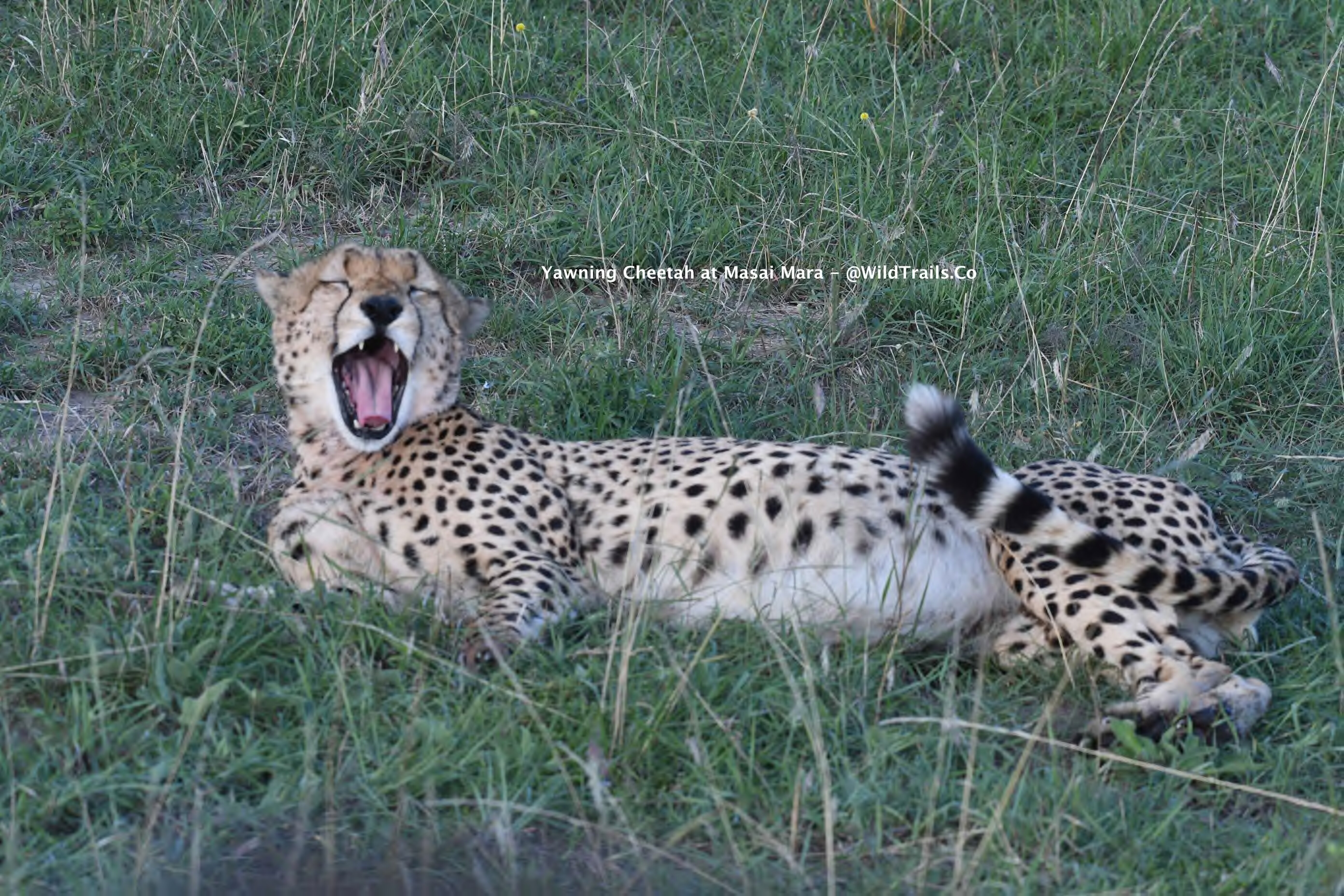 This article “My Kenyan Safari for Big 5 at Masai Mara” gives an overview of my visit highlights, on why you should visit Mara, how to plan one, especially for Indians and what to expect to see there & lot more.

This is what Wikipedia says about Masai Mara:

Masai Mara National Reserve (also known as Maasai Mara, Masai Mara and by the local people as The Mara) is a large game reserve in Narok County, Kenya, contiguous with the Serengeti National Park in Mara Region, Tanzania. It is named in honor of the Masai people (the ancestral inhabitants of the area) and their description of the area when looked at from afar: “Mara,” which is Maa (Masai language) for “spotted,” an apt description for the circles of trees, scrub, savanna, and cloud shadows that mark the area.

It is globally famous for its exceptional population of lions, leopards and cheetahs, and the annual migration of zebra, Thomson’s gazelle, and wildebeest to and from the Serengeti every year from July to October, known as the Great Migration

Masai Mara is a must in your itinerary for sure. If you are crazy about witnessing the migration, make sure you do the trip between July & mid of October. Also if you have just three or four days, better to do just the Masai Mara. But if you can do for more nights (ideal), do other parks and Masai Mara in the last. I always call Masai Mara as the Summary Park, where you get to see the remaining of the Big 5 or if you are lucky all of the Big 5 along with hunting sequences. The terrain is like that to suit such kind of sightings. Masai Mara is the mecca of Wildlife!!

I did 4 nights and in which I did two-day full day game drives and other 2 days, morning and evening drives. Ideally, if you want to spot leopards and black rhinos over there, better to start before dawn and end it just after dusk as that’s when these elusive creatures come out and to be spotted. Remember these two are part of the Big 5 and the toughest to spot & photograph.

Also, if budget allows, always stay inside the park, ideal for wildlife safaris but then again not a must.

There are a lot of lion pride and we saw much such pride and one of them was the largest with one male alpha lion, 2 lionesses and 9 cubs of various ages.

Also saw 5 cheetahs resting after a stupendous meal (had killed a zebra that afternoon) and what we call such a group as “a coalition”.

We went near the Keekarock area which is known for leopards and we made sure we go there during duck when the leopards are active and based on various sounds & alarm calls we were finally able to track a leopard – finally!!

Basically, of the Big 5, 3 of them is easy and leopard is tough and black rhino is very elusive and white rhino not present there and if you can add say Samburu and Nakuru parks, you will be in a way guaranteed Big 5!!

Please note that the last 2 hours of drive to Masai Mara, the road is horrible (no Tar road exists from Town Norak to the gate). If you can manage, you could fly too to Mara but expensive and also your baggage limits is just one bag and max 15 kgs (approx 33 lbs).