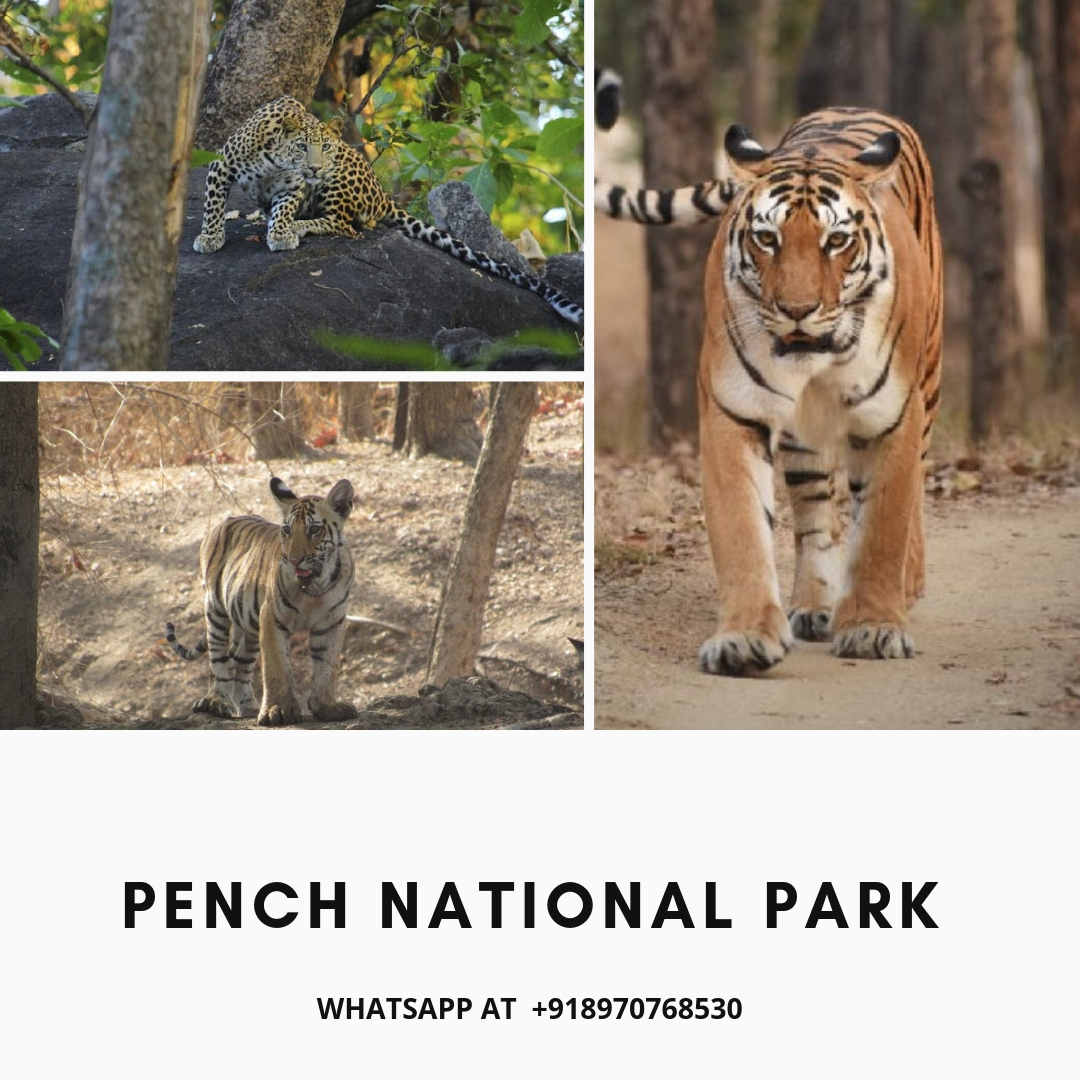 The Pench Tiger Reserve is located in the Seoni District and Chhindwara District of southern Madhya Pradesh in Central India. The Pench Tiger Sightings is one of the main reasons for tourists to visit Pench National Park.

You can get complete session to session, day to day sightings info of Pench here and ofcourse across all national parks & tiger reserves here. We compile these data of all mammals, birds, reptiles across all these parks and calculate what we call historic and predictive sighting index numbers (eg Tiger Sighting Index) which helps you to pick your park and your zone properly.

Pench Tiger Reserve gets its name from the Pench River that flows, north to south through the reserve. The Pench River divide the Pench reserve into two nearly equal parts;

The Reserve(total area) is 757.89 km² of which the Pench National Park, forming the core zone of the Reserve, covers 292.85 km², and the Mowgli Pench Wildlife Sanctuary is 118.30 km² in area. A Buffer Zone constituted by Reserve Forests, Protected Forests and Revenue land, occupies 346.73 km². 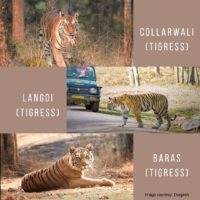 The scenic beauty and the floral and faunal diversity of the Central Indian Highlands have been well documented by the British since the late 17th century, e.g. Forsyth’s (1919) “Highlands of Central India” (first published in 1871). Thereafter, Sterndale (1887) and Brander (1923) have added to the knowledge on the distribution of the flora, fauna and the local inhabitants of this tract. The popular fictional works of Rudyard Kipling, The Jungle Book and The Second Jungle Book also have their stories set around this region.

During the 17th Century the Gond rulers of this region cleared large tracts of forests for cultivation and dwellings. This incursion continued up to 1818, through the rule by the Marathas and later under the British. It was not until 1862 that efforts were made to control the indiscriminate destruction and the forests were declared reserved (elaborated in Kumar 1989).

It is notable that the Bor Wildlife Sanctuary and some adjacent protected areas will be merged with Pench Tiger Reserve (Maharashtra), as a ‘Satellite core area’, to more than double the area of that tiger reserve.

The general topography of Pench Tiger Reserve is mostly undulating, characterised by small ridges and hills having steep slopes, with a number of seasonal streams and nullahs carving the terrain into many folds and furrows, a result of the folding and upheavals of the past. The topography becomes flatter close to the Pench River. Most of the Tiger Reserve area falls under flat to gentle slope category.