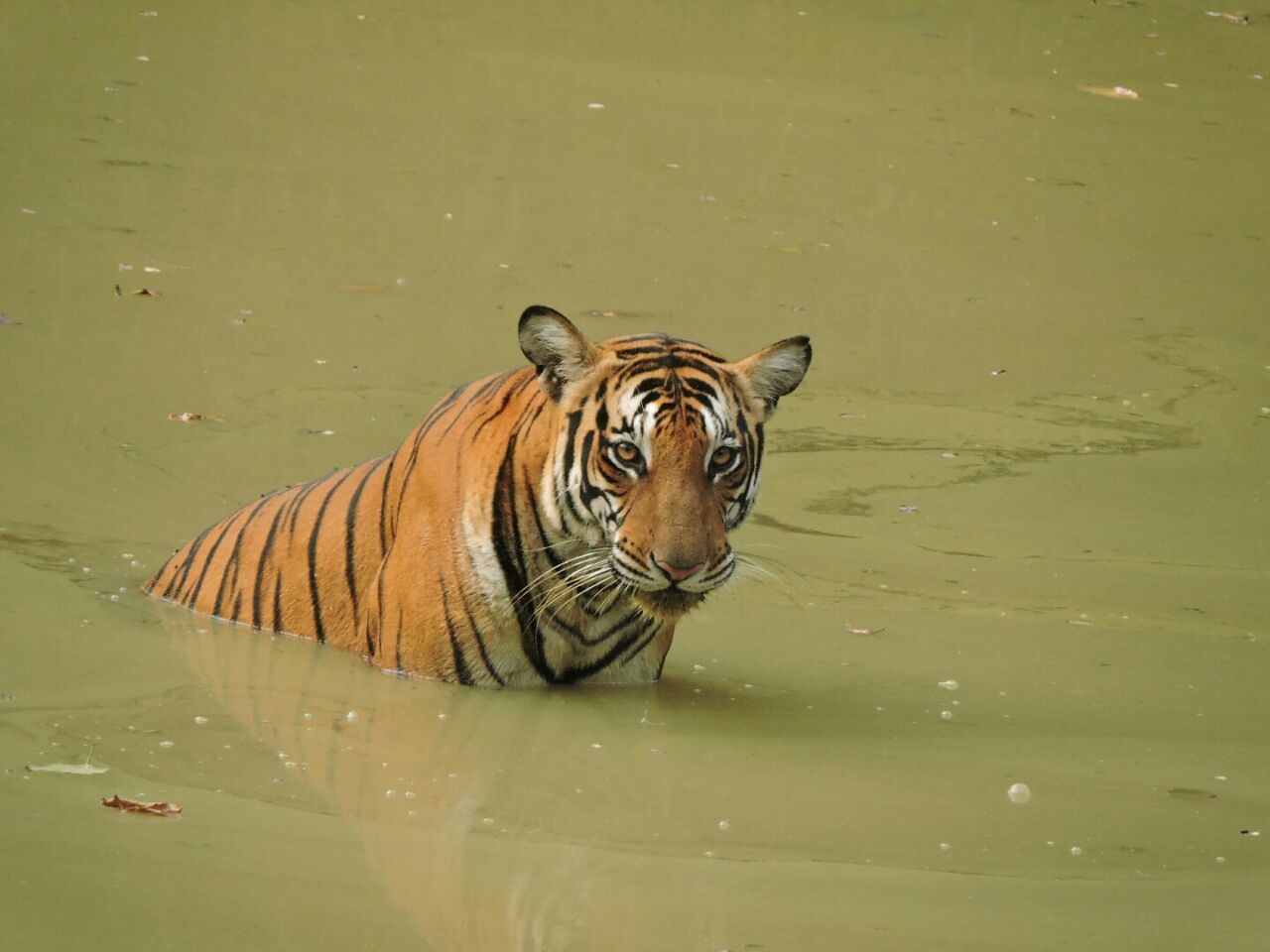 Everything you should know about Ranthambore Tiger Reserve.

Ranthambore National Park or Ranthambhore is one of the largest national parks in northern India, covering an area of 392 km². It is situated in the Sawai Madhopur district of southeastern Rajasthan, about 110 km northeast of Kota and 160 km southeast of Jaipur, which is also the nearest airport. The nearest town and railway station is at Sawai Madhopur, about 11 km away. The park is also close to the Kota railway station. RIDCOR operates a mega-highway between Kota and Ranthambhore. Ranthambore National Park lies at the edge of a plateau and is bounded to the north by the Banas River and to the south by the Chambal River. It is named after the historic Ranthambhore fortress, which lies within the park.

Ranthambore wildlife sanctuary is known for its tigers and is one of the best places in India to see these animals in their natural jungle habitat. Tigers can be easily spotted even in the daytime. The best times for tiger sightings at Ranthambore National Park are in November and May. The park’s deciduous forests are characteristic examples of the type of jungle found in Central India. Other major wild animals include leopard, nilgai, wild boar, sambar, striped hyena, sloth bear, southern plains gray langur, rhesus macaque and chital. The sanctuary is home to a wide variety of trees, plants, birds and reptiles, as well as one of the largest banyan trees in India.

Forests: The Park terrain alternates between dry deciduous forests and open grassy meadow. The flora of the park includes 539 species of flowering plants.

Tigers: Ranthambore is one of the best national parks in the country for spotting a tiger. The majestic predator can be spotted ambling or basking under the sun.

Safari Rides: Rides are carried out at 6:30 and 14:30. Each ride lasts for about three hours. There are two options of vehicles for the safari: 20 seater open top canter or 6 seater open top gypsy. Each ride costs around Rs700-800 per person. The core park area has been divided into several zones and the safari vehicles go to one of those zones. Visitors often take multiple tours, as tiger spotting is rare. There are many resorts to stay in on the way from Sawai Madhopur to the national park.

Ranthambore Fort: The majestic fort, built in the 10th century, towers over the entire park area. It stands 700 feet above the surrounding plain. Inside the fort, there are three red Karauli stone temples devoted to Ganesh, Shiva and Ramlalaji. There is a Digamber Jain temple of Lord Sumatinath (5th Jain Tirthankar) and Lord Sambhavanath. The temples were constructed in the 12th and 13th centuries.

Padam Talao: This is the largest of the many lakes located in the park. A red sandstone Jogi Mahal can be found at the edge of the lake. A gigantic banyan tree, considered to be India’s second largest, is also near the lake.

HOW TO REACH HERE

The park is open to tourists from the 1st of October to the 30th of June. Most of the tourists visit the park between November and March, mainly because the summers heat is unbearable.

The period between November and February is excellent for wildlife viewing, particularly for bird watching. A lot of migratory birds visit the park during the winter months.

During the summer months (April to June), when the temperature soars over 40 degrees Centigrade during the day, sighting tigers is relatively easier than it is in winters but you have to bear the heat.

March is a great month for wildlife viewing and the temperature are moderate and manageable.

During the cold season – from November to February – visitors are advised to carry enough warm clothing, jackets, gloves, mufflers etc. Due to the wind chill factor, it often gets very cold during the safaris and a jacket is a must and may be a head scarf too.

During the summer months – from March to June – it is very hot and loose cotton clothing is recommended. A wide brimmed hat is nice to have during summers. Sunscreens are a must in summers, when the sun is very strong. Mosquito repellents are required, particularly during October and March, even though Ranthambore is not a malaria prone area. Bamboo based clothes will be perfect for the summer. [Available on WildTrails eStore on our App].

Binoculars can add a lot of value to ones wildlife viewing. Photographers are advised to carry all the equipment that they would require, including batteries and additional memory cards.

How to secure a Ranthambore Jeep Safari?

How to increase odds of sighting Tigers in India in the wild?