Holy Bagheera!! – a Passionate Pursuit of the Black Panther 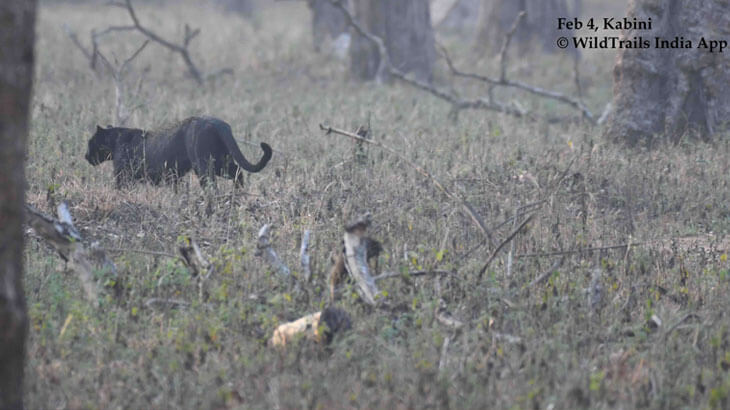 My Saudi friend’s only goal and purpose of life suddenly seemed to be to sighting and photographing the one and only Bagheera (aka Black Panther, Black Leopard, melanistic leopard, BP, Blackie to mention a few). The black panther for last few years is showing itself rather regularly in the south Indian forest of Nagarhole National Park (and in the southern part of that park, which is very popularly known among the wildlife photographers as Kabini)
This mission to him became more prominent and he became more determined after his unsuccessful bid last year where he did some 10+ safaris but with no luck. This time he was more determined, and alerted me long time back about planning the BP expedition but his condition this time was that I need to join him. It was a hobson’s choice and I had no option but to say yes and then our preparation for the expedition started (way back in nov 2016)

I started tracking of when and where all it is appearing (or getting sighted to Wildlife Photographers or guides or Naturalists over there), in what parts of the park etc. so that we can reduce that “depending-on-luck” factor as much as possible (thankfully WildTrails India App has all sightings recorded park-wise, day-wise and even session-wise and animal-wise and hence it became a little easy for me to create that statistical analysis but again not sure any of this will help in getting Wildlife Sightings as they say, an old jungle saying, it’s all your luck and timing and that’s the fun of it!! 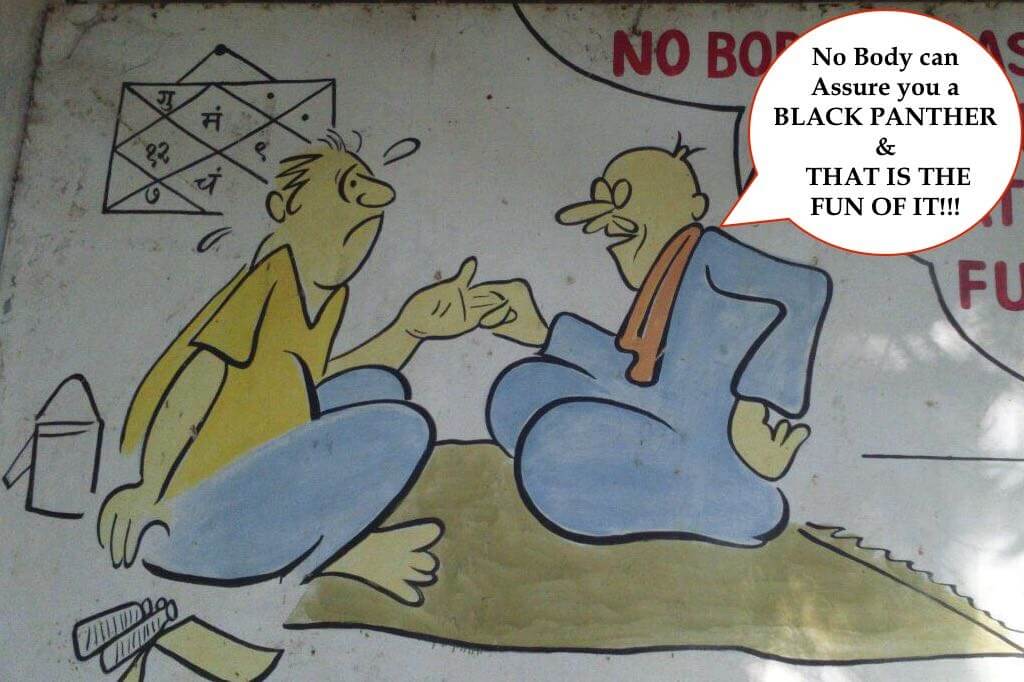 [Picture stolen from the wall of Tadoba where Tiger was mentioned and I conveniently changed it to Black Panther – so Credits belongs to whoever got it done there – say forest dept. Tadoba]

All data were analyzed and the D day came and we were tensed. Sighting black panther when you want is not a joke. They say sighting tiger is very tough and there are 400+ tigers in that forest (Nagarhole and Bandipur Combined) but there is just one Black Panther over there – think of the odds now!!

We went early and visited the forest department at Damanna Katte gate (which is part of the Kabini and where Forest Dept. conducts safari via Canter) and fortunately met a group of tourists who told that they missed the Black Panther by a whisker and we were very glad – atleast that shows that it is somewhere there. (On a different note, we also had an interview recorded from Mahesha K, field director of Nagarhole Range, Forest Dept. and that interview will appear on WildTrails India App Blog site very soon). We rushed to JLR and got ready for the BP (aka Safari) but no luck and there were alarm calls but all faded away soon. Guess better luck for tomorrow and we were eagerly waiting for the next day.

We can feel the nerves, the tension in the jeep was palpable, and all we knew was that will we sight the most elusive animal of Kabini, the black panther. Worse, this was my last safari and I had to head back to Bangalore after that and my Saudi friend will continue to stay for next 8 safaris but nothing like seeing it together but the inside feeling was always there – are we expecting too much? Should we not honor the jungle (safari) law which says – “sighting animals is pure luck and don’t push yourself and don’t expect anything, just enjoy the safari ride”.

The whole safari started with a bad note – bummer – a couple had to join us and we were waiting and they never turned up and JLR being JLR took the extra effort of waking them up and pulling them to the safari jeep and they just managed 20 minutes late and all jeeps had left and ours was the last to enter – bummer bummer bummer [In India we are used to punish the ones who are on time and accommodate the ones who are late. I remember in London, I went for a London Bus Safari and a family was late and they called and said they will be there in next 10 minutes, please wait but the bus started on time and needless to say where that family hails from!!  ]. Anyways as they say, better later than never!!

The Driver seemed smart but the guide seemed clueless but fortunately we had done our homework and I asked him to go to the region where the day before it was just missed by a whisker. When we were at the zone, we decided to just wait for a while and suddenly from no where we heard alarm calls from spotted deer (chittal) and I was sure of this alarm call – it is a predator for sure. I somehow feel that the alarm calls that spotted deer gives for say a leopard is different from what it gives for a tiger (not sure I am right here but I feel strongly there is a difference and I will work on it soon) and I felt there is a leopard nearby and that was BP area and I was sure that it is our black panther. We waited for atleast 10-15 minutes but the alarm call never died out and I was saying to myself, “come out bagheera, come out bagheera” but no luck and the alarm calls eventually died. Alas!! missed again I guess. We saw a Serpent Eagle on a nearby branch with its hunt, a Myna (a small bird) and was feeding on it and our guide proudly announced that the alarm calls are because of that hunt and not really for a predator, and he suggested that we move on and the driver started the vehicle but something told me that there is a predator behind the bushes and we asked him to not move and we waited for next 10-15 minutes without any luck but all the spotted deers were completely alert with their tails up.

suddenly there was some movement ion the bush and the driver shouter – “Sir  Black Panther” and yes it was – the Bagheera!!

Wow what a sight it was – he just walked in front of us for probably 3 to 4 minutes giving us enough time to see, get thrilled and to take enough pics to our content!! 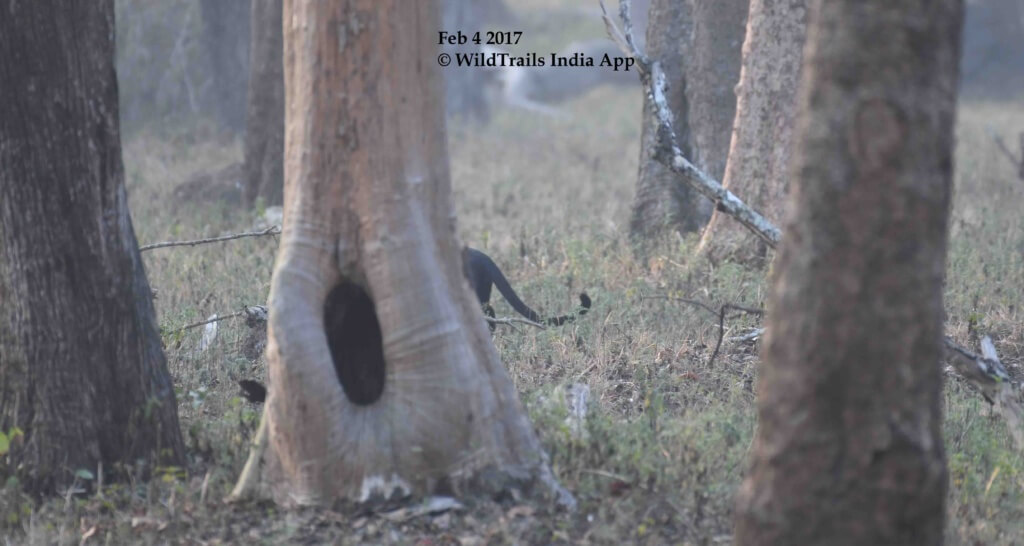 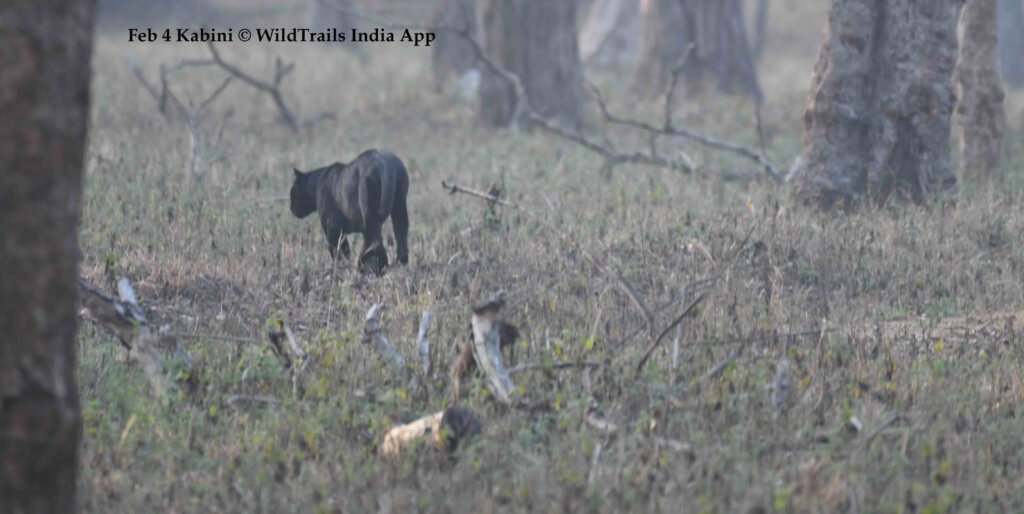 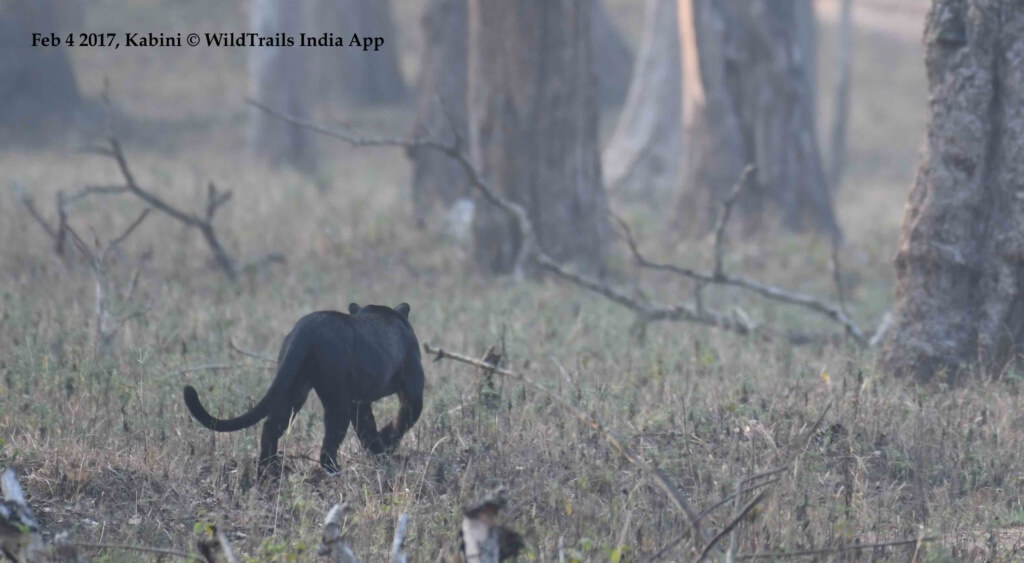 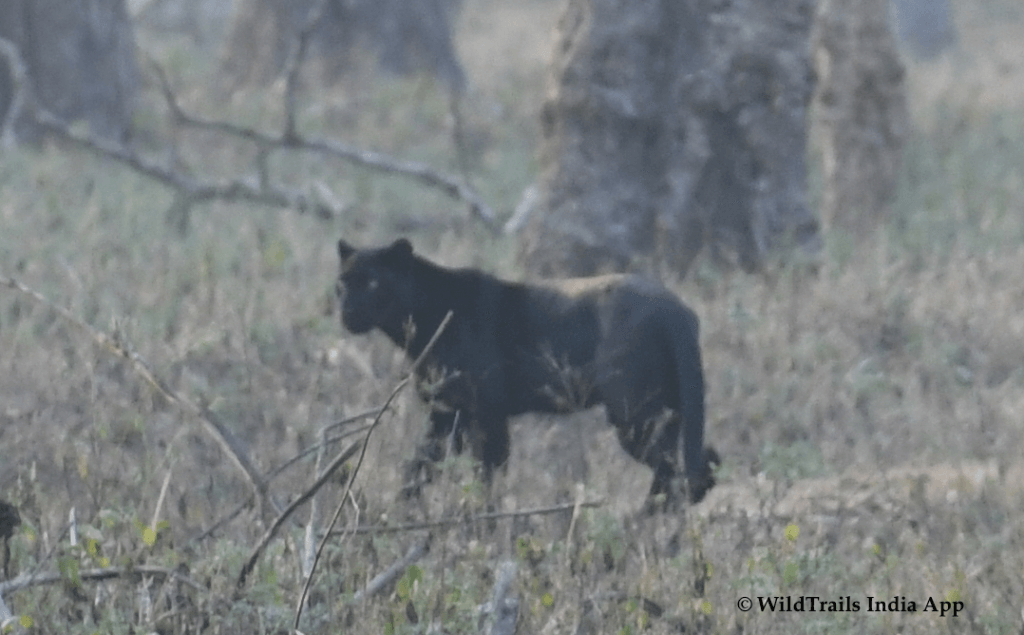 My Saudi friend got to see the Blackie in less than 24 hours since he landed in India – he was on cloud 9 and he just said that he has no idea what’s happening to him – he said the feeling of nirvana – sometimes things just happen to you !!

He did seven more safaris after this, saw many tigers, tiger cubs, leopards, sloth bears but the blackie never appeared again  but it didn’t matter to him – he came with a single mission and that was fulfilled within 24 hours of he landing.

Left to Bangalore right after the Blackie but my mind never left and didn’t want to leave either but as Robert Frost said —“The woods are lovely, dark and deep, but I have promises to keep, and miles to go before I sleep”

Well, as they say – All is Well That Ends Well – Cheers!!

One thought on “Holy Bagheera!! – a Passionate Pursuit of the Black Panther”