The Big 5 of the South Indian Jungle Safari 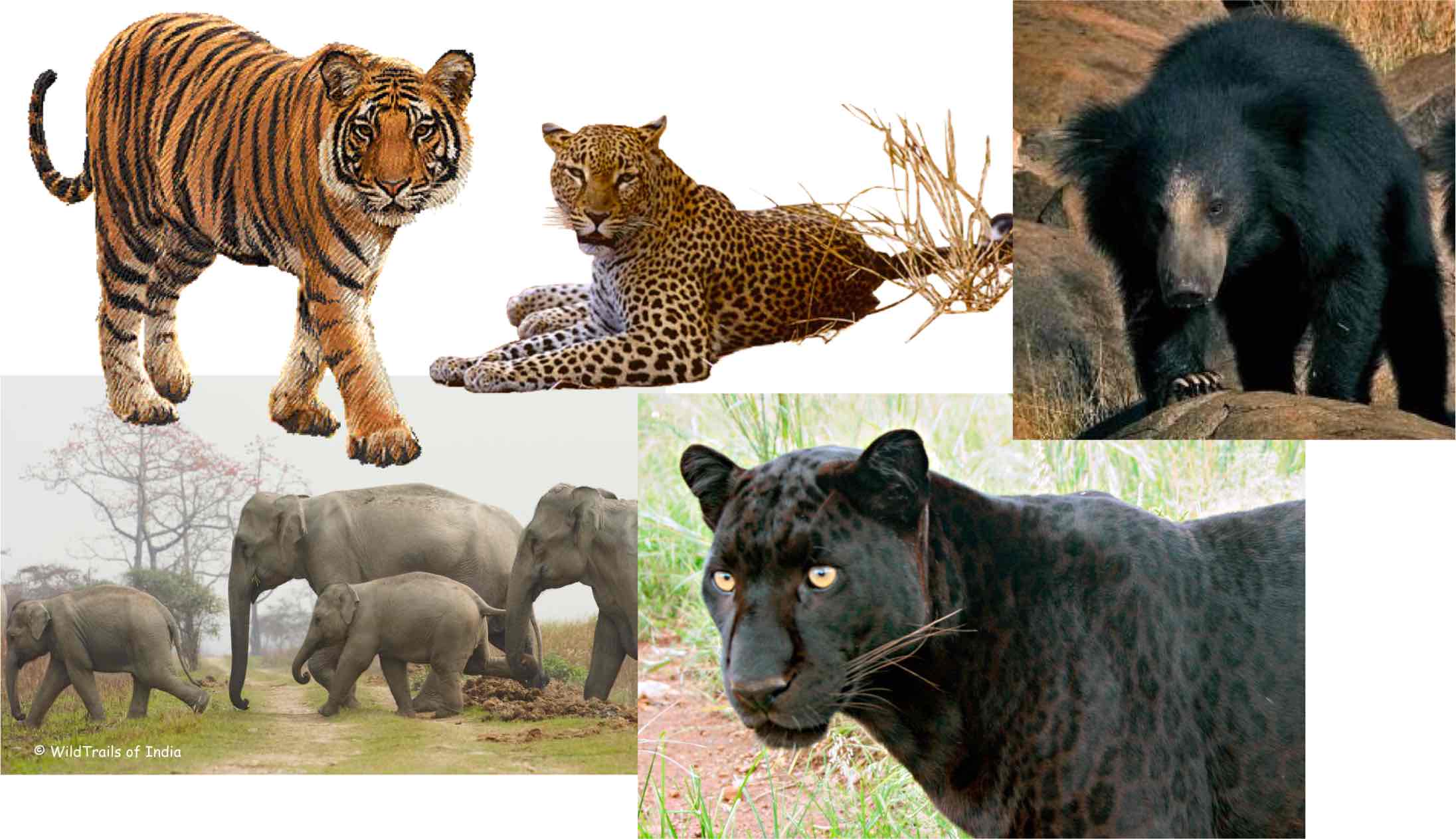 
In Africa, the big five animals are the African lion, African elephant, Cape buffalo, African leopard, and White/Black rhinoceros. The term big five (sometimes capitalized or quoted as “Big Five”) was coined by big-game hunters and refers to the five most difficult animals in Africa to hunt on foot. Today when someone mentions about “Big Five” they usually mean to shoot them on their cameras when they are on African Safari. They say that your Safari is not complete until you have seen these Big Five!! 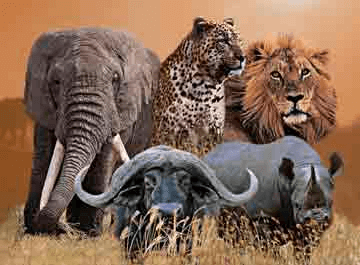 Influenced by this “big 5” of the African Safari here I have attempted to analyze what that big 5 will be for the south Indian jungles and this is what I have come up with:

No List is complete if you don’t add Tiger to this list  and infact it tops the list for anywhere in India and not just in south India. With close to 75% of the global tigers in the wild being present in India and with Karnataka being the home to the highest number of tigers in India and with the Nilgiri Biosphere [Nagarhole [including Kabini], Bandipur, Mudumalai, Biligiri Rangaswamy Temple TIger Reserve] hosting the highest number of tigers across anywhere in the World, it is very obvious to anyone come to south to see that Majestic Tiger. 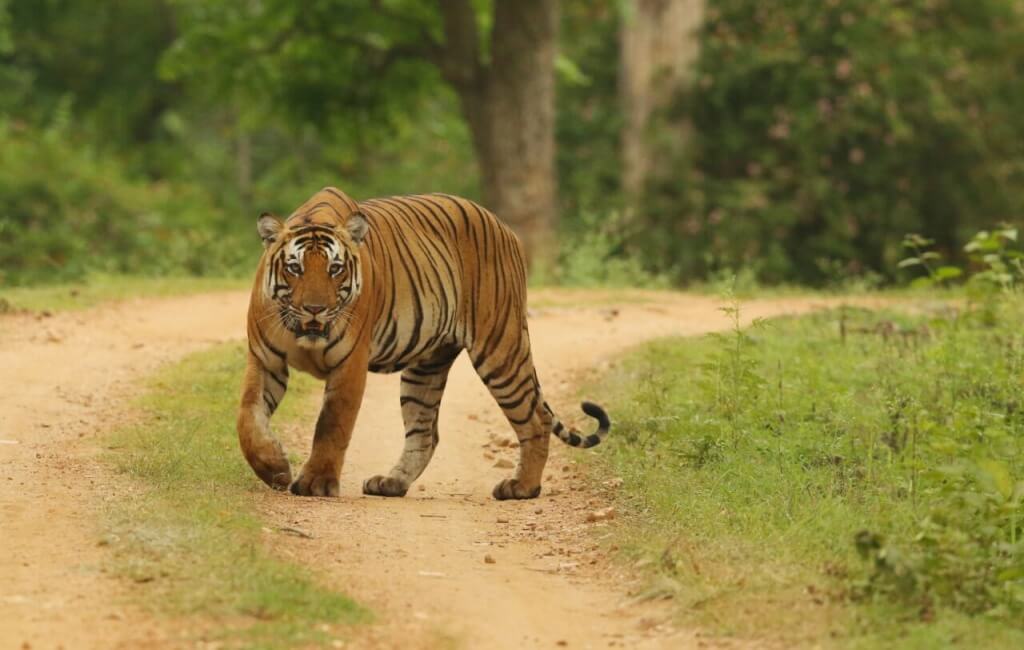 Tigers can be spotted across various south jungles such as Bandipur, Nagarhole Kabini, Nagarhole Coorg, Dandeli-Anshi [Kali], BRT (biligiri rangaswamy temple tiger Reserve), Bhadra TIger Reserve, Sathyamangalam TIger reserve, Periyar Tiger reserve, Mudumalai etc to mention a few. But Bandipur has the highest density of TIgers across the South and is the second highest across India and Kabini Nagaehole has the highest sighting index across South.

Even though it is not as sought after as the Tiger, it is one of the big cats that people die for to see in the wild (and is the one cat which  they hate to see in their neighbourhoods 🙂 but unfortunately more than 30% of all leopards in India stay closer to human habitat rather than inside the jungles). Leopards are found across various habitats and are one of the most adaptable cats but very shy, stealthy  and nocturnal and hence very tough to spot them. Nevertheless people are crazy to spot them and shoot them (using their cameras :-)) and it is the second big one on my Big 5 list!! 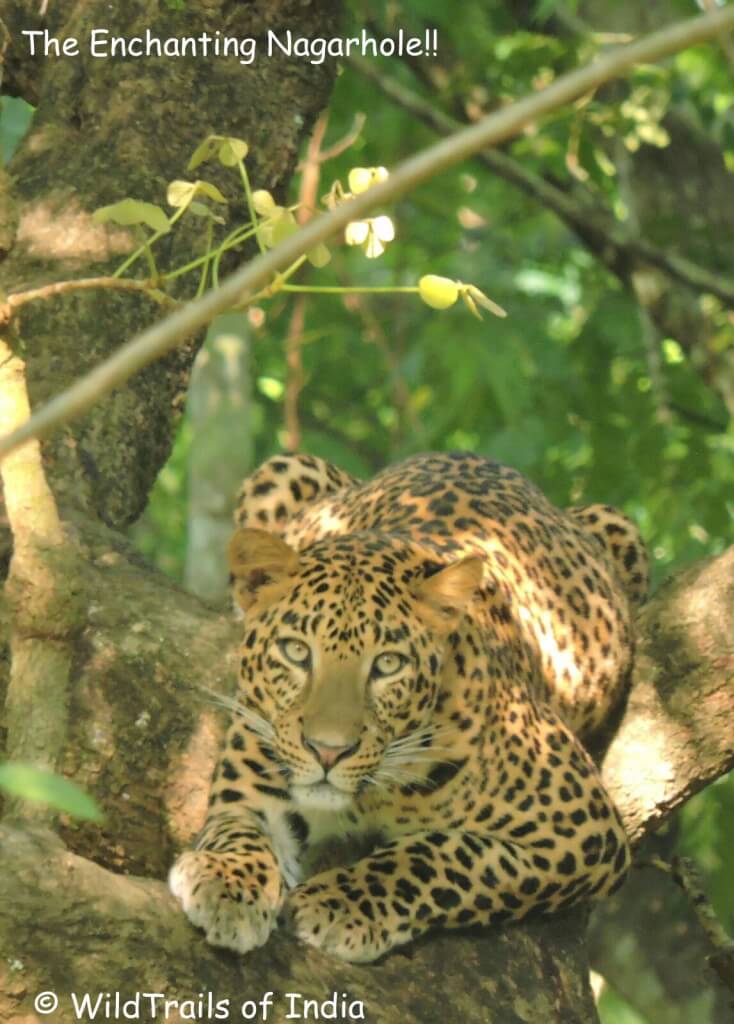 You can spot the leopards in most of the south Jungles including  Bandipur, Nagarhole Kabini, Nagarhole Coorg, Dandeli-Anshi [Kali], BRT (biligiri rangaswamy temple tiger Reserve), Bhadra TIger Reserve, Sathyamangalam TIger reserve, Periyar Tiger reserve, Mudumalai, Cauvery Wildlife Sanctuary, etc to mention a few but Kabini Nagahole has the highest number of leopards across the South and infact it is called the Leopard Lair. Also Karnataka has the highest number of Leopards in the South and second across India (with MP being the first)

Off Lately this has become the big craze down south and it is mainly found only in South India as far as India is concerned (rare and a very few sightings in Assam) and found more in  Bhadra Wildlife Sanctuary and Dandeli-Anshi [Kali] Reserve and off lately spotted quite frequently in the Nagarhole Kabini region which has seen a huge influx of visitors just to get a glimpse of this Blackie. Due to its scarce numbers and due to the interest it gathers among the visitors, it is on this list. [I am yet to see one 🙁 hopefully someday soon] 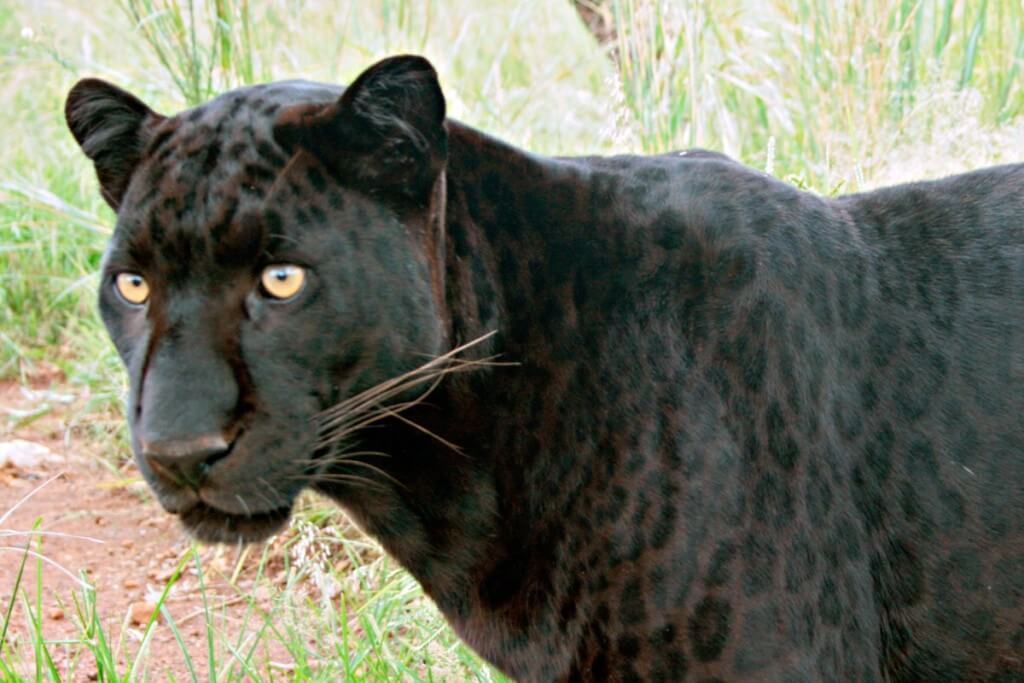 Sloth bears like leopards are present everywhere across India and more so in the South but like leopards they are also very shy and mostly nocturnal and hence very difficult to spot and people love spot them and there are reserves which hosts mostly bears such as Daroji Sloth Bear Resort near Hampi Karnataka and one more is coming up – the Bear Sanctuary, near Tumkur in Timlapur forest of Madhugiri of Tumkur Forest. It’s almost a sure sighting of these bears if you visit the Daroji forest. You can get to see say in Nagrhole or Bandipur but the sigtings are very rare and even if you get to see it, they vanish very fast and not giving an opportunity for you to take a snap. 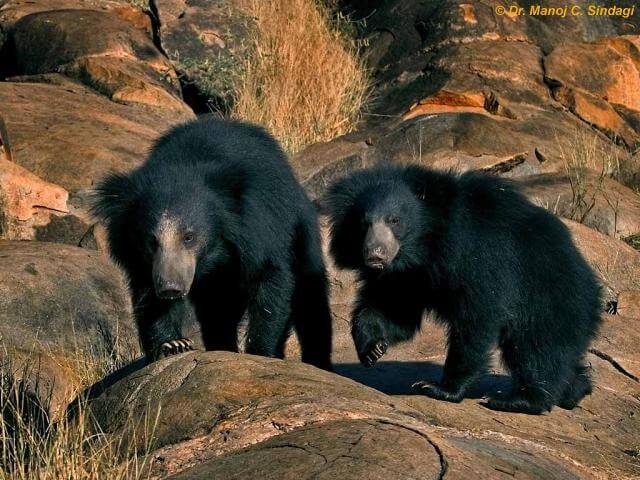 The pachyderm is one of the highlights of South India and are abundantly found in the forests of south such as Bandipur, Nagarhole, Mudumalai, many forests across Kerala. In fact India is home to more than 25000 Wild Elephants, the largest asian elephant population in the world and South India has the biggets pie of that. In spite of the number, sightings of them has become very rare off lately and not sure why (decrease in numbers or they keeping distance from the dangerous humans or what?) but a sight worth not missing for anything – a Wild Elephant in the Forest, especially the one with the huge tusks. Amazing animals but while on a safari this animal is the most dangerous animal and not tiger or not leopard. There are more human deaths because of the Elephant than all of the others combined and hardly any in comparison because of the big cats.

This is my Big 5 list of the South India – any comments?