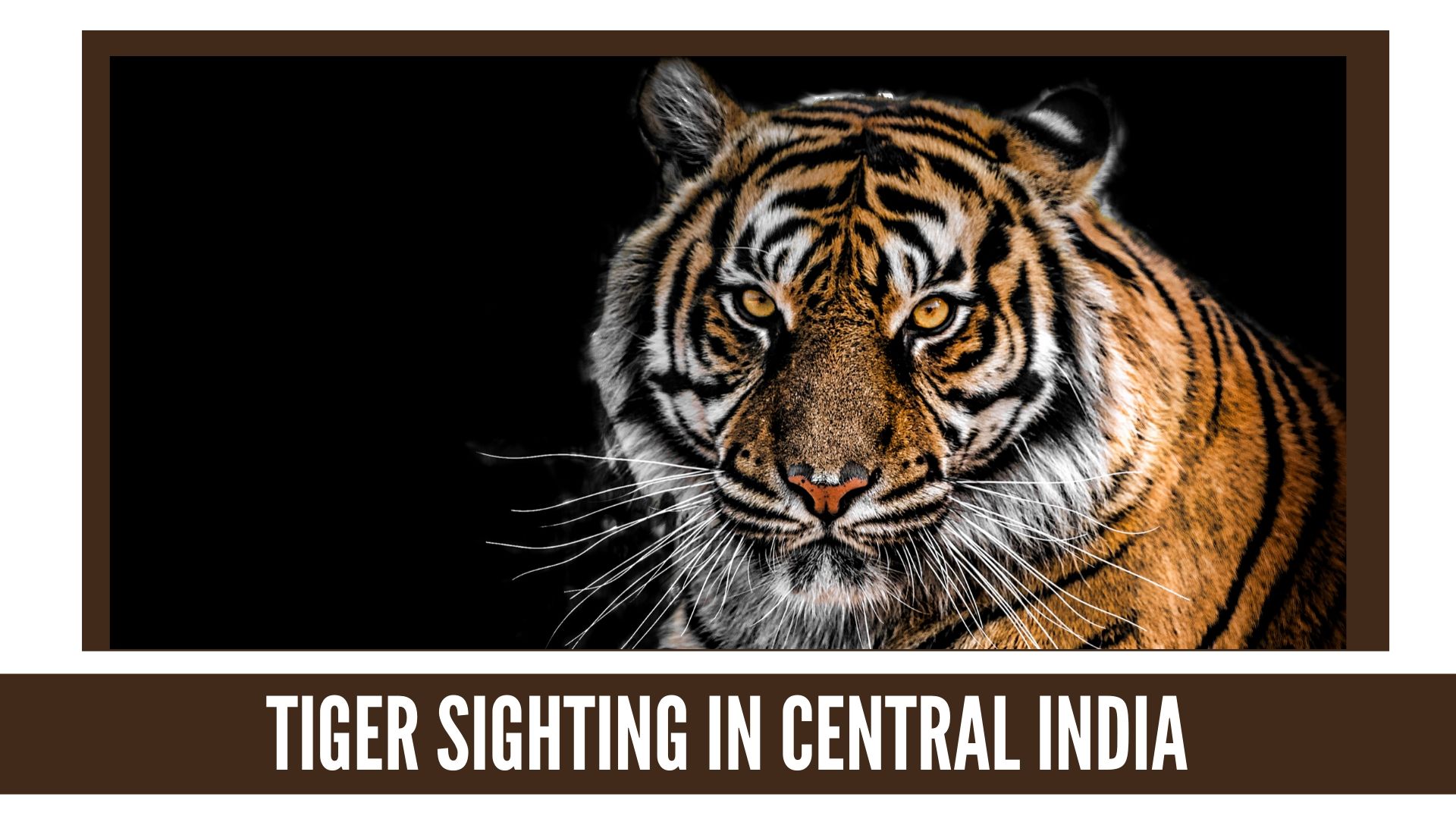 Sometimes it takes a chance to encounter a memorable trip. I was sitting next to a lovely young Indian woman and had mentioned how we were interested in visiting India to see the Royal Bengal Tiger. Three days later, there was an email in my inbox from Sonia at WildTrails with an itinerary to see them in Central India aka Madhya Pradesh.

Seven months later, we were on a flight from Delhi to Jabalpur eagerly checking the WildTrails App to see what wildlife had been spotted at Bandhavgarh and Kanha. We had settled on these two parks given their differentiating biodiversity and tiger populations.

First stop is Kanha National Park. Driving from the tiny (and I mean teeny) Jabalpur Airport through a ram-shackled village and then into the open spaces of Madhya Pradesh we were reminded of how vast a country India really is. Felt like driving through Texas except the vegetation and hills told us we were definitely not in the USA. We chuckled at the population of Wild Macaques that could be seen crowding about the winding hilly roads before finally arriving at our destination.

Mogli Resort where we stayed was definitely a local experience. As we checked in, I expected my husband to say, “let’s go look at other hotels.” We ended up doing just that the next day but thankfully the fact that WildTrails does check in on their guests was a big bonus here. Parmesh who took care of us after Sonia booked our tour was our point person during our 10 days in Madhya Pradesh. What a boon it is to have someone at the other end of your phone no matter what time of day. I am aware of what this must be to the team and I am so grateful for that kind of service. Sometimes it does help to have the middle man around to help with arranging for a new room, better linens, room cleaning etc. He even managed to talk to the management so we could have our meals earlier than the 8:30 pm buffet!

I digress. There were things that I should have noticed in my research but I failed to grasp. For instance, meals at most ‘resorts’ are buffets. Given that we had children and wanted to be out the door by 4 pm feeding them at 8:30 pm was just a little too late for us. They needed the extra sleep to be able to function for 4 am wake up calls. Yes, you can roll out of bed and continue to sleep in the open jeep while waiting for the park gates to open at 6:30 am but it was still a lot for little people whose bedtime is usually 7:30 pm.

On our very first safari the next morning right as we rolled in through the gates, we saw a Golden Jackal. With its goldish flecks glinting through the mist it ran off and I couldn’t help but wonder how much harder my heart would throb if I saw a tiger. We didn’t see tigers on our first or second safari. We did, however, see a plethora of birds – Red Wattled Lapwings and the Lesser-seen Yellow Wattled Lapwings, Pit Pits, Drongos including the greater Racket-Tailed Drongo were to be seen everywhere one looked. We got used to the manner in which our WildTrails driver and the Park Guide would stop to listen for alarm calls and the mad chases that resulted in them trying to determine where the call was coming from and where the tiger was located.

Christmas Day 2019 dawned with us driving through a rather misty day when our driver thought he spotted something in the shadows. He stopped the car. Out of the shadows, we could see the Tiger Cub. After some time of observation, we moved the car and then the driver got excited again. We couldn’t see what his well-trained eyes could but eventually we saw the shadow fall across the water, A Tigress and she was on the prowl. She kept coming and she crossed right in front of us. Her muscles gleamed in the morning light and there was this unreal knowledge of how powerful this creature truly was. Best Christmas present i have ever received.

From Kanha, we transferred to Bandhavgarh National Park. Aranyak Resort we stayed at was absolutely lovely. For our entire family, we felt enveloped by the warmth and coziness of this hotel. The cottages were beautifully and comfortably furnished with clean linens. The bathroom was a thing of beauty with an outdoor shower. There was an inside shower too but given our rather Western lifestyle, wet bathrooms are really something I don’t quite enjoy. Maybe I would feel differently if I was not sharing it with little people?

Bandhavgarh has the biggest population of Bengal Tigers and had recently become the home of a herd of elephants, Mr. Rishi who is the director of Aranyak informed us. Big shout out to this gentleman! He was a wealth of knowledge about the park, tigers and other animals including birds of the area. It helped to have someone who speaks fluid English talk about the area, answer our questions and enhance the experience by telling us things to look for and sharing his own personal stories.

Out of the two parks, I enjoyed my time at Bandhavgarh more. Maybe it was that we had more tiger sightings. Maybe it was that our driver Sharad seemed so in tune with the animals and wildlife there. The man has some crazy driving skills that are nothing short of impressive. We came upon tiger cubs playing together. And of course, what seemed like a hundred but in reality, probably just about twenty other jeeps had congregated there. Sharad was able to navigate through so we could observe some amazing behavior and get some beautiful photographs of the cubs at play. Maybe it was that this park seemed more lush than Kanha – a Common (actually quite uncommon and hard to spot) Kingfisher perched on a branch, an amazingly beautiful sunset reflected off the water that the tigers come to drink at, an Owlet tucked in a tree and time spent listening to the call of a Barking Deer.

If I was to ask the kids what their favorite Tiger sighting was they would say it was the big Tiger cub (one of Dotty’s cubs) who we stopped and observed by the side of the road. As the 9-year-old said, the Tiger was close enough for us to put our hand out and pet it. It seemed like such a natural thing to want to do and yet you knew how powerful it was when it opened its mouth to yawn and showed off all its teeth. I have to say that given the open jeep structure in India, I am amazed that people have restrained themselves because it seems like such an easy trap.

One thing I must mention for any animal lover that I was rather taken aback by, is that the forest rangers in Kanha and Bandhavgarh use elephants and howdahs to patrol the jungle. While I understand that using an animal that a tiger is afraid of helps them patrol paths not accessible by vehicle it is still something that disturbed me given how much damage howdah riding does to an elephant back. I do hope that the Indian Wildlife Authorities can work towards fixing this problem. I would also encourage the authorities to put more patrol/security efforts into proactively watching the outside of the entrance gates as the amount of littering by park goers that happens is obscene. And for that I must commend my Sharad our driver at Bandhavgarh for the time he stopped in the middle of the jungle and picked up the trash thrown by the jeep in front of us.

As people who like to partner with companies that work with locals for the betterment of the land, WildTrails does a phenomenal job liaising with locals and providing foreign travelers and organizing amazing journeys from end to end. The AI/Sighting Index is an amazing technological boost and definitely does enhance the experience.

I think it was Ernest Hemingway who said that he never knew of a morning he woke up in Africa that he was not happy. I think the same could be said of our time in the jungles of Madhya Pradesh. The anticipation of what the day would bring, the beauty of the jungle and the feeling of being one with nature stays with you long after the dust has settled.

WildTrails is the world’s first and only company to bring Sightings Data, analytics into planning Wildlife holidays with all the sightings info (4 years data) to create a predictive metric called the sighting index.

WildTrails provides an easy way of seeing all possible wildlife trips for some of the top exotic wildlife destinations with an end-to-end trip right from your flights, to wildlife resorts to wildlife safaris to pickup/drops from local airports to even local experiences & that you probably don’t want to miss including 16-hr support via direct chat with our world-class support staff via our App or WhatsApp (in the event of any delays or last-minute issues to any general queries about your plan or destination).