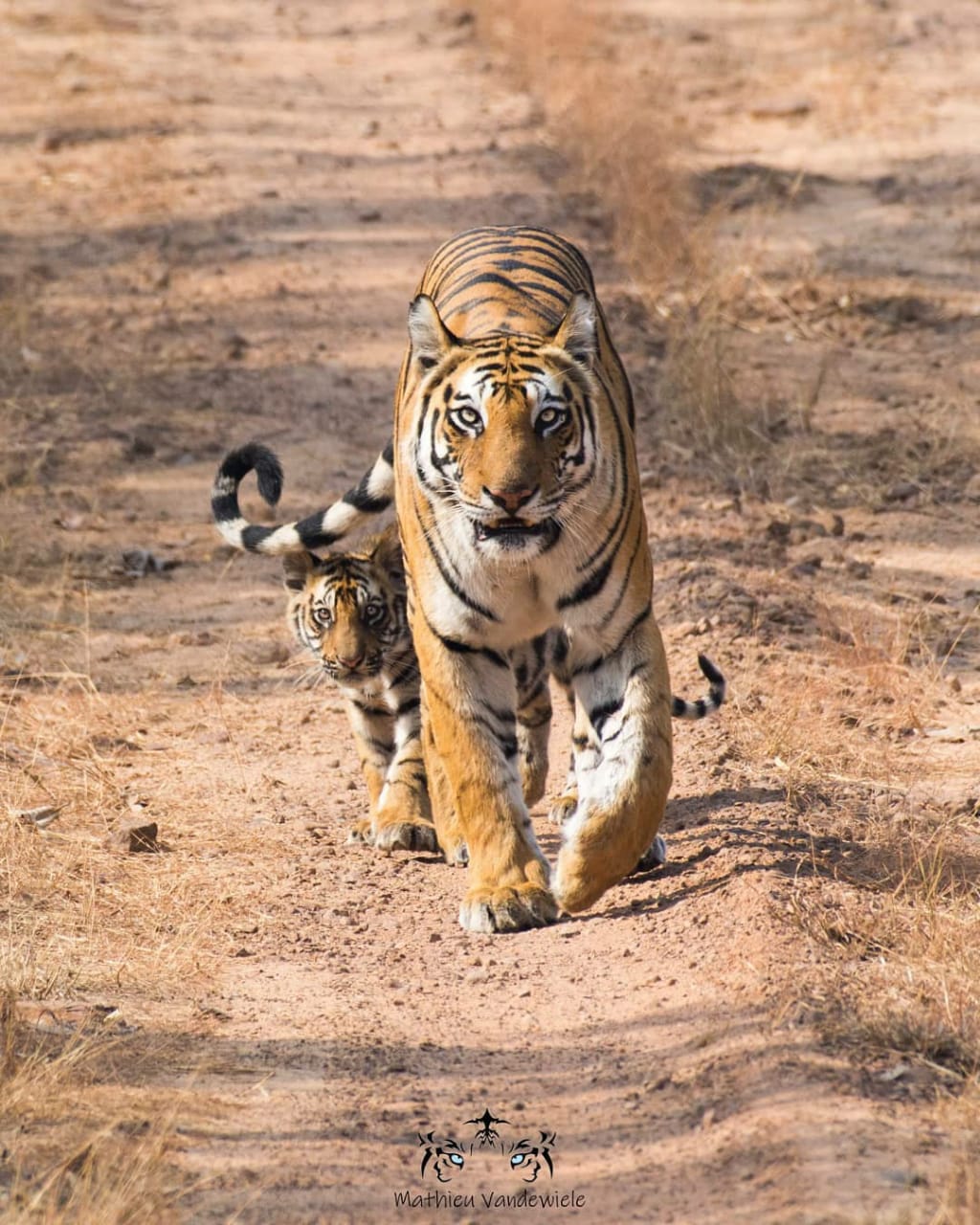 Without a doubt I can say that I have just finished the two best weeks of my life so far. Spending 6 days in Bandhavgarh National Park was incredibly nice. With a total of 20 observed tigers, I am more than satisfied. With only 80 tigers left, BNP has the biggest tiger density in the world, which makes it even more interesting to go. This tigress has a total of 4 cubs of which you see one on the picture. I noticed how softly these interacted. At one point the cub even drank breast milk while the tigress was still standing, which is very exceptional. It must be that they were very comfortable and weren’t disturbed by our presence at all. ?

Seeing the most beautiful predator in the world in its natural habitat is really something special. Of all the observations of wild animals I ever had, this one was the most relaxing. In total we saw this tigress and her cub for about half an hour. It was heart melting to see how tenderly these two dangerous predators interacted. It seemed as if this little tiger was doing everything to attract the attention of his mother. And he clearly succeeded! Notice how the cubs tail just flops on the ground, such a lack of grace but so dang adorable! ?

Bandhavgarh National Park has the highest density of Royal Bengal tigers in the world.  The park has been divided into three major zones named as Tala, Magahdi and Bamera out of which the Tala zone and Magadhi zones are doing really good by offering the tiger sighting opportunities.

How to book safari in Bandhavgarh?