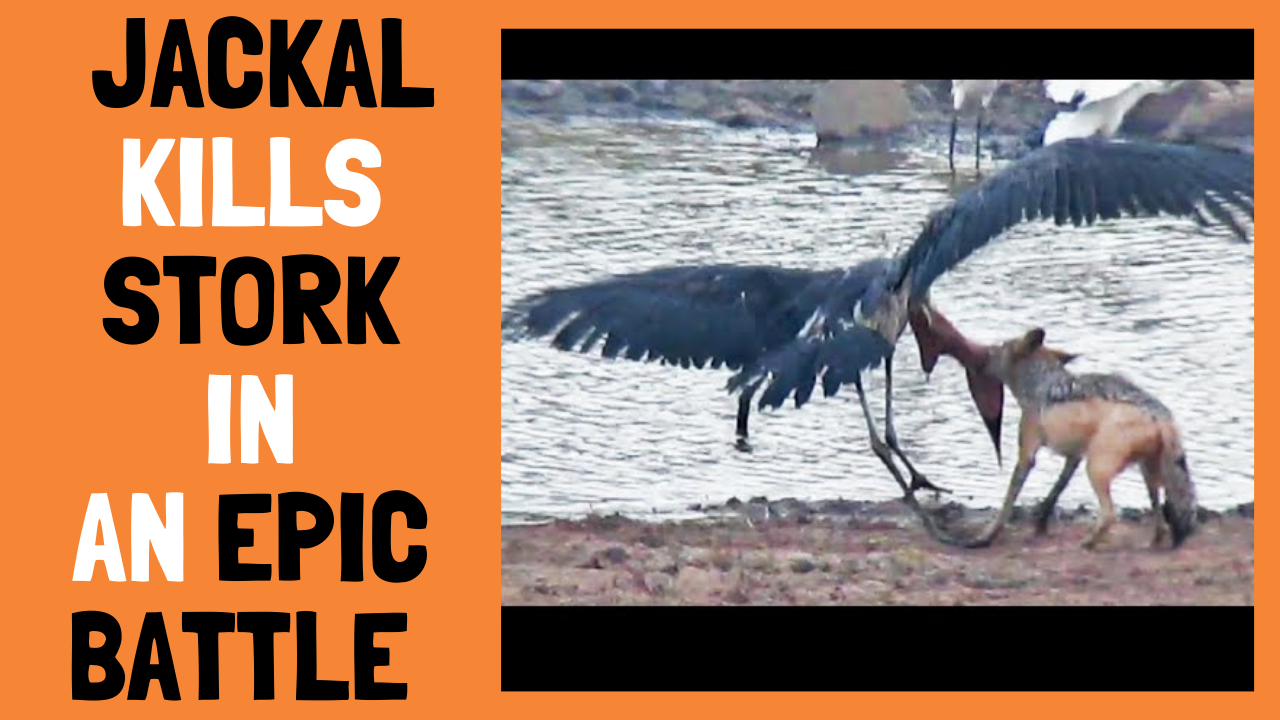 Jackal Kills Stork in an Epic Battle – Onlookers on a game drive in the North West province were treated to a very out-of-the-ordinary sighting when a black-backed jackal made a meal of an unsuspecting stork!  .It must have been its stomach talking, because ‘stork’ isn’t a typical favourite on the usual jackal menu…

The unexpected sighting took place at Kubu Dam in the Pilanesburg National Park. Jackals are competent hunters of small-scaled mammals and birds. But even though storks fit the bird description, the massive feathered fellows aren’t known to fall prey to small predators like jackal. Marabou storks, like the one seen in the footage, are one of the world’s largest flying birds. Their diet consists of picking clean carcasses and scavenging for other rotting material in the wild.

In This Video The jackal can be seen snatching the featherless neck of the stork, attempting to drag it to the floor. And the struggle Of Stork continues.After few seconds it seems the jackal succeeds in driving the stork to complete exhaustion and gradually starts to chew through the flesh of the bird with its piercing teeth.The jackal boasts a successful kill and we can see this as it appears to be chuffed, waging its tail from side to side.

One thought on “Jackal Kills Stork in an Epic Battle”