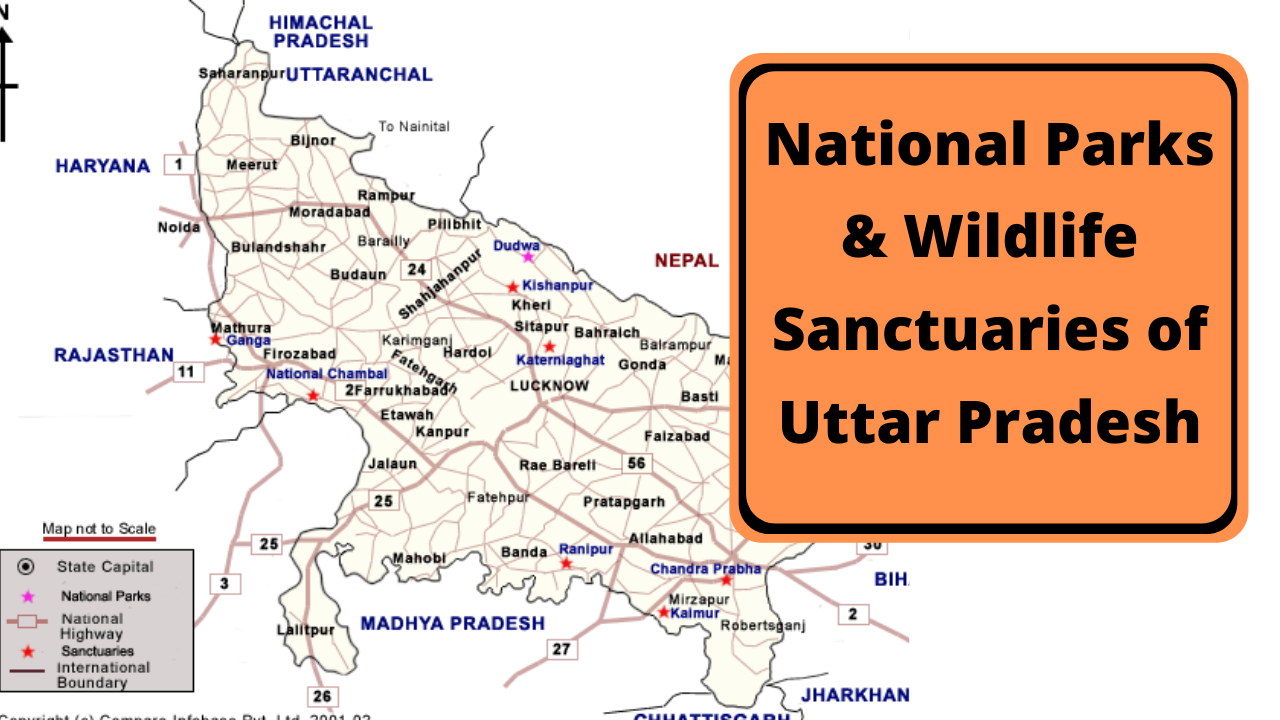 The tourism board runs along with a hashtag ‘UP nahi dekha to India nahi dekha’ which means, you have not seen India if you have not visited UP. The largest state of India has a lot to explore that ranges from pilgrimage places to wildlife sanctuaries to world class heritage sites. The world-famous Taj Mahal is in Agra district of UP. A marvelous tomb which attracts the greatest number of foreign visitors than any other heritage sites in the country.

The beauty of Uttar Pradesh lies in the emergence of cultural and religious traditions along some of the greatest rivers in the Indian sub-continent – the Ganga and the Yamuna. Throughout history, greatest cities emerge along these rivers. Exploring the state along these rivers takes the travelers a magical venture. The famous heritage arc signifies heritage in terms of cultural, historical, and natural aspects. This arc covers 3 major cities of UP, that are Agra, Lucknow and Varanasi covering most of the heritage sites and glorious tourist spots.

Wildlife and sanctuaries in Uttar Pradesh

The biggest state of India is diversified with a variety of geographical features. The state is covered with a large area of forests which is home to a huge number of wildlife species. Here are the famous national parks and wildlife sanctuaries-

Below is the complete list of all wildlife sanctuaries & national parks including bird sanctuaries, forest reserves of Uttar Pradesh, India

Located in the Terai belt (lowland region of North India) of marshy grasslands, the national park is a part of Dudhwa Tiger reserve. The forest reserve is in Kheri and Lakhimpur districts.

Dudhwa National Park is home to one of the finest forests in the country. Some of the trees here are more than 150 years and over 70 feet. Major attractions in Dudhwa are tigers and swamp deer. Besides, rare species like leopard, hispid rare are spotted here. Common sightings here are sambar deer, barking deer, spotted deer, hog deer, sloth bear, ratel, jackal, civets, jungle cat, fishing cat.

Established in 1980, Bakhira Bird Sanctuary is the largest natural floodplain wetland in the country. The forest reserve is named after the village named Bakhira. The water body provides a wintering and staging ground for several migratory waterfowls and a breeding ground for resident birds. Migratory birds from Tibet, China, Europe & Siberia come here from November to January which makes the best time to visit here.

Chandraprabha Wildlife Sanctuary is located in Chandrauli district, roughly 70 kilometers from the city of Varanasi. Scenic waterfalls like Rajdari and Devdari attract a lot of tourists here besides there are beautiful picnic spots and dense forests.

Bhimrao Ambedkar Bird Wildlife Sanctuary is located in Kunda town of Prathapgarh district. There are a lot of mammals, birds, reptiles, fishes, amphibians and invertebrates seen here. Migratory birds fly up to 5000 kms from different parts of the world to reach here.

The bird sanctuary is surrounded by the agricultural land area of Benti Uparhar, Shahpur and Lowa Sukhdevpur and Puranmau villages. The region is a part of the rich alluvial land mass of the Gangetic plains.

Spread across 2073 square kilometers in districts of Meerut, Muzzafarnagar, Ghaziabad, Bijnor, Meerut and Amroha districts, Hastinapur Wildlife Sanctuary is a protected wildlife area in the Gangetic plains of Uttar Pradesh.

The Katarniaghat Wildlife Sanctuary is in Bahraich district of UP. Covering an area of over 400 square kilometers, it is a part of Project tiger and is a part of Dudhwa tiger reserve. The Katerniaghat Forest strategically connects the tiger habitats of Dudhwa and Kishanpur in India and the Bardia National Park in Nepal.

The ecosystem comprises a mosaic of sal and teak forests, lush grasslands, and wetlands. Katarniaghat is one of the best places to sight gharial and is found alongside crocodiles. It is home to a lot of endangered species like tiger, rhino, Gangetic dolphin, swamp deer, hispid hare, Bengal florican, the white-backed and long-billed vultures.

Founded in 1972 and covering an area of 227 square kilometers, Kishanpur Wildlife Sanctuary is a part of Dudhwa Tiger Reserve. It is near Mailani district of UP, 4.5-hour drive from Lucknow. The reserve is covered with dense forests and moist deciduous trees that include sal, teak and jamun.

Spread over 2 shallow lakes near the villages of Lakh and Bahosi in Kannauj district, Lakh Bahosi Sanctuary is a bird sanctuary. It spreads across 4 square kilometers and is home to various migratory birds from November to March.

Mahavir Swami Wildlife Sanctuary spreads across 5 square kilometers and is around 125 km from Jhansi. The area is covered with dense forests and provides for a wonderful gateway to the Bundelkhand region. Common sightings here include crocodile, gharial, tortoise, python, chinkara, wolf, wild cat, hyna, wild dog, gazelle and many more.

Nawabganj Bird Sanctuary renamed as Chandra Shekhar Azad Bird Sanctuary in 2015 is in Unnao district on the Kanpur-Lucknow highway in Uttar Pradesh. The sanctuary provides protection for 250 species of migratory birds mostly from the soviet nations.

Okhla Bird Wildlife Sanctuary spreads across 4 square kilometers in Noida. The park is situated at a point where river Yamuna enters the state of Uttar Pradesh leaving the territory of Delhi.

Parvati Arga Bird Sanctuary is situated in the Gonda District of UP. It was a part of the Saryu River; however, the river changed its flow path and these lakes were left as its remains. This lake is naturally able to sustain resident birds throughout the year and migratory birds during winter season.

Patna Wildlife Sanctuary is in Etah district of UP, encompassing a freshwater lake and is an important wintering ground for migrating birds. It is considerably the smallest wildlife sanctuary comprising just 1 square kilometer area. During peak winter in December and January,the sanctuary welcomes over 60,000 birds. Some of the winter birds who roost here include the rosy pelican, lesser Flamingo, Eurasian Spoonbill, mallard, and bar-headed goose. The common migratory bird seen here is the Northern Pintail.

Saman Bird Sanctuary was established in 1990 and is in Mainpuri district, in western Uttar Pradesh. Spread over an area of 5 square kilometers, there are many birds which can be seen here. The place is best suited for bird safari. Besides, you can find different animals such as jackal, mongoose, hare, and various local and migratory birds.

Samaspur Wildlife Sanctuary was established in 1987 on about 780 hectares of land. Located in Rae Bareli district, about 122 km from the capital, more than 250 species of birds can be found here. Local birds include knob-billed duck, Indian spot-billed duck, lesser whistling-duck, eurasian spoonbill, kingfishers, vultures and many more.

Sandi Bird sanctuary was established in the year 1990 to protect the natural habitats and aquatic vegetation for the local residents and migratory birds. The place is home to over 200 sarus cranes. A bird interpretation center has been set up within the premises to help spread awareness about the bird life here.

One of the oldest forests in Uttar Pradesh, Sohelwa Wildlife Sanctuary was given the status of a wildlife sanctuary in 1998. The forest reserve is approximately 120 km long and 6–8 km wide, is situated at elevations of 120–202 m above sea level. It has a core area of 45,200 hectares and a buffer zone of 23,000 hectares. Common sightings here are Bengal tiger, Indian leopard, sloth bear, antelope and deer. Other animals include fox, hyena, Indian elephant, and wild cat.

Originally a human-made reservoir to supply water in Agra during summer. The sanctuary is also known as Keerthan lake. The entire lake is formed in an area of 7.13 square km in a pentagon shape.

Approximately 10,0000 birds can be sighted here. Bird migration can be seen during winter months.

Kachua(tortoise) Wildlife sanctuary is in Varanasi district with common sightings being turtles, Gangetic dolphin, and other water animals. The sanctuary was declared in 1989 as a part of the first phase of Ganga Action Plan (GAP).

The place has its own importance to clean the water. In the Kachhua (Turtle) Sanctuary mainly soft-shelled turtles which are carnivorous species and hard-shelled herbivorous turtles – are in abundance. Rohu, bhakur, tengra, prawn, nain, bam etc. fish are also found here.

Vijai Sagar Wildlife Sanctuary was founded in 1990 located in Mahoba district. Covering an area of 262 hectares, the surrounding area of Beeja Nagar Jheel was converted to a safe, no hunting-zone. The place is home to over 200 species of local and migratory birds.

Do’s and don’ts while on safari:

4. Do not miss your camera.

5. Always have an expert guide

2. No feeding to animals

3. Cell Phones switched off throughout the drive

5. No smoking or liquors

6. Do not over rely on properties for safari vacations.